Session 1: Meeting the Existential Threats of the Pandemic, Nuclear War, and Climate Change: Is Present Global and Regional Governance Fit for Purpose? 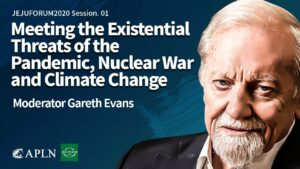 In the midst of a pandemic, relations between the US, China, and Russia are worse than they have been in the past three decades and nuclear conflict is an ever-present threat. This session focuses on how existential threats increase tensions and shape dynamics between countries whilst offering solutions to these problems. What is working and not working in the established global and regional governance systems? What kind of changes need to be made? How do domestic politics and hegemonic competition affect multilateralism? How can countries work together? 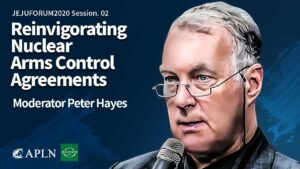 This year marks the 50th anniversary of the Treaty on the Non-Proliferation of Nuclear Weapons (NPT) entering into force. Yet, another consequence of COVID-19 is that the 10th Review Conference of the treaty originally planned for May 2020 has been delayed to next year. This presents an opportunity to revisit the NPT’s original goals and consider how to revitalize its importance and effectiveness in the changing geopolitical climate. Panelists in this session discuss nuclear arms control agreements in light of the NPT Review Conference and address the following questions: Has the NPT been effective? Is a new focus on the Treaty on the Prohibition of Nuclear Weapons merited? What of the Hiroshima Urgent Appeal, signed last summer, calling for a renewed commitment to international arms control and disarmament? 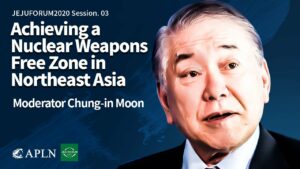 Northeast Asia and the DPRK presents a uniquely dangerous nuclear flashpoint. Since the failure of the US-DPRK summit in Hanoi, the situation has begun to look intractable. One suggested solution would be forming a nuclear weapon free zone (NWFZ) in Northeast Asia, relying on a multilateral treaty to guarantee that they would not use or threaten to use nuclear weapons against states without nuclear weapons. Non-nuclear-weapon states would commit to remaining nuclear free, and in return, North Korea would commit to nuclear disarmament. This session examines the promise of and the barriers to a NWFZ in Northeast Asia and will addresses the following questions: How plausible is a NWFZ? What institutional and political barriers stand in the way, and how might they be addressed? How could multiple stakeholders be effectively mobilized towards this end? Would it be better to seek a North Korean nuclear deal first, that could serve as a launch pad into a broader NWFZ, or is an NWFZ itself the optimal solution to the North Korean problem? 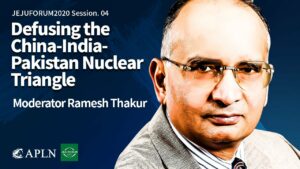 The unresolved territorial dispute between India and Pakistan has already resulted in one nuclear power attacking targets within the territory of another. Some argue that this poses the gravest threat of nuclear war on Earth. In addition, China, a Nuclear Weapon State, also plays a significant role the region and in relations with and between these two countries. This three-player game results in a very different kind of deterrence relationship. This session assesses the complex interrelations of the three countries’ geopolitical dynamics and nuclear strategies from multiple perspectives and addresses the following questions: How will the US-China strategic rivalry influence India and Pakistan? Are there multilateral solutions available to this thorny multilateral problem? How can international organizations such as the UN play a role in safeguarding the peace in the region? Are arms control agreements between the three nations plausible, and if so, what actions can be taken to seek them?