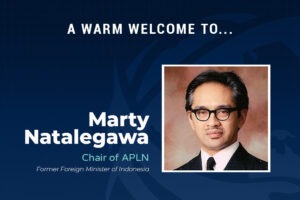 Dr. Natalegawa takes over the Chairpersonship from the Hon Gareth Evans. 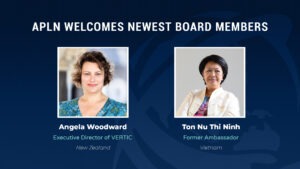 Angela Woodward is Deputy Executive Director of the Verification Research, Training and Information Centre (VERTIC). She has worked in the arms control and disarmament field since 1998, specializing in monitoring, verification, and compliance issues.

Ton Nu Thi Ninh has served as a diplomat for more than two decades, specializing in global issues and multilateral institutions. In her capacity as a diplomat, an elected official, and currently an educational and sociocultural ambassador and facilitator, Madam Ninh has consistently worked to build bridges of understanding and cooperation between Viet Nam and the rest of the world.