The APLN Meeting, organised in collaboration with the S. Rajaratnam School of International Studies, Nanyang Technological University, brought together 20 experts from Southeast Asia. The discussions focused on the operation and effectiveness of the Southeast Asia Nuclear Weapon Free Zone (SEANWFZ), steps to secure nuclear weapons states’ signatures of the SEANWFZ Protocol, and the implications of the growth of nuclear power in Southeast Asia.

The welcome remarks were given by APLN Co-convenor Ramesh Thakur and Hyungtaek Hong representing Co-convenor Chung-in Moon. Ambassador Ong Keng Yong, Executive Deputy Chairman, RSIS then gave an outline of the administrative and organisational matters as w of the agenda and program

The first session was an open session titled, “Overview of Regional perspectives and priorities for Nuclear Non-Proliferation and Disarmament,” was chaired by Ramesh Thakur in which presenters discussed the current and emerging nuclear threats and efforts to contain them as well as the priorities for APLN contributions.

The final session consisted of conclusions and recommendations. Speakers suggested follow up action and priorities for next sub-regional meeting. 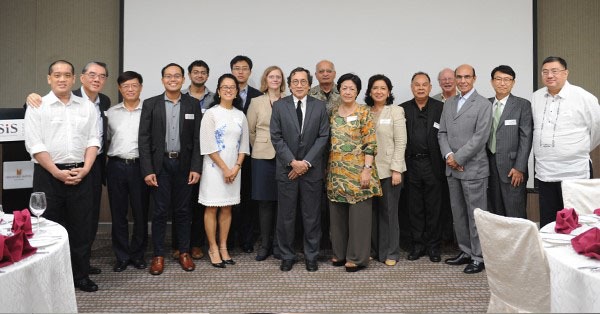