The panelists discussed military and nuclear issues on the Korean peninsula, with special attention paid to claims made in Bob Woodward’s latest book, Rage. The panel outlined the history of U.S. nuclear doctrine and DPRK’s nuclear capabilities, and ultimately concluded that discussion of the use of “80 nuclear weapons” on the Korean peninsula is a supremely unlikely worst case. Finally, they warned of the risks of misunderstanding and mistakes that could escalate into a nuclear exchange. To prevent such a catastrophe, the panelists agreed that diplomacy needs to embrace a step-by-step confidence-building process, in order to make nuclear threats less necessary for deterrence or compellence on both sides.

Video clips from the webinar are available to watch on our YouTube channel.

Siegfried S. Hecker is a professor emeritus (research) in the Department of Management Science and Engineering and a senior fellow emeritus at the Freeman Spogli Institute for International Studies (FSI) and the Center for International Security and Cooperation (CISAC) at Stanford University. Dr. Hecker was co-director of CISAC from 2007-2012 and served as the fifth director of the Los Alamos National Laboratory from 1986-1997. He received his B.S., M.S., and Ph.D. degrees in metallurgy from Case Western Reserve University. His current professional interests include nuclear weapons policy, plutonium research, global nuclear risk reduction with Russia, China, Pakistan, India, North Korea and Iran, the safety and security implications of the global expansion of nuclear energy, and threats of nuclear terrorism.

Peter Hayes is Honorary Professor, Center for International Security Studies, Sydney University, Australia and Co-director, Nautilus Institute in Berkeley, California. He works at the nexus of security, environment and energy policy problems. Best known for innovative cooperative engagement strategies in North Korea, he has developed techniques at Nautilus Institute for seeking near-term solutions to global security and sustainability problems and applied them in East Asia, Australia, and South Asia.

Morton H. Halperin is a longtime expert on U.S. foreign policy, arms control, civil liberties, and how government bureaucracies operate. He is currently a senior advisor to the Open Society Foundations, and has previously served in the Johnson, Nixon, Clinton, and Obama administrations. He is the Former Director of the Policy Planning Staff at the U.S. Department of State. He has taught at Harvard University and as a visitor at other universities including Columbia, George Washington, and Yale. He has served in a number of roles with think tanks, including the Center for American Progress, Carnegie Endowment for International Peace, the Council on Foreign Relations, and the Twentieth Century Fund.

Eunjung Lim is an Associate Professor at Division of International Studies, Kongju National University (KNU). Her areas of specialization include international cooperation in the Asia-Pacific, comparative and global governance, and energy, nuclear, and climate change policies of East Asian countries. She currently serves as a non-standing director of Korea Institute of Nuclear Nonproliferation and Control (KINAC). Before joining the KNU faculty, Dr. Lim served as an Assistant Professor at Ritsumeikan University, in Kyoto, Japan. and also taught at several universities in the United States and Korea, including Johns Hopkins University, Yonsei University, and Korea University. She has been a researcher and a visiting fellow at academic institutes including the Center for Contemporary Korean Studies at Interfaculty Initiative in Information Studies at the University of Tokyo, the Institute of Japanese Studies at Seoul National University, the Institute of Japan Studies at Kookmin University, and Institute of Energy Economics, Japan.

She earned a B.A. from the University of Tokyo, an M.I.A. from Columbia University and a Ph.D. from Johns Hopkins University’s School of Advanced International Studies. She is fluent in Korean, Japanese and English.

Chung-in Moon is the Vice Chairman and Executive Director of the Asia-Pacific Leadership Network for Nuclear Non-proliferation and Disarmament. He is also a distinguished university professor of political science at Yonsei University and an Ambassador for International Security Affairs at the Ministry of Foreign Affairs and Trade. As Distinguished University Professor Emeritus of Yonsei University, he is Special Advisor to the ROK President for Unification, Foreign and Security Affairs, as well as the Editor-in-Chief of Global Asia. 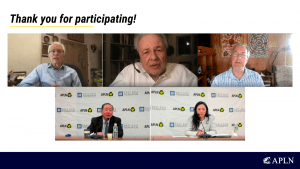