Policymakers, analysts and experts on the subject of a future nuclear-free Korean Peninsula gathered at the Korean National Diplomatic Academy (KNDA), Seoul, the Republic of Korea (ROK), on December 11 and 12, 2017. The gathering was hosted by the Institute of Foreign Affairs and National Security (IFANS). Co-organisers include IFANS, the Nautilus Institute and the Asia-Pacific Leadership Network (APLN).

Day 1 consisted of the following sessions:

Session I: Resolving the North Korean Problem through International Collaboration;

Session I: Re-stabilizing the Peninsula and Avoiding War;

• Participants acknowledged opportunities for peace on the peninsula despite the adverse security environment and volatile exchanges between Washington and Pyongyang, and the seemingly intractable regional and global dangers arising from an ever provocative nuclear North Korea.  “I am a believer,” insisted former U.S. Secretary of State Colin Powell in his address on the first day, “in a denuclearised peninsula and a denuclearised world.”

• Prominent thought-makers and policy experts found considerable common ground despite areas of divergence (what an enduring peace arrangement might look like, the nature of what initial steps might be taken towards Pyongyang, and pressure tactics as sanctions).

• Incremental steps as freeze-for-freeze options (scaling back or delaying ROK-United States military exercises in favour of cessation in Democratic People’s Republic of Korea (DPRK) ballistic, nuclear and weapons testing) followed by verification regimes, the signing of a peace treaty to normalise the peninsula and paving the way for a future lasting security arrangement in North East Asia, were deemed credible options. Cementing such arrangements could be achieved through a security architecture centred on the East Asia Summit and a genuinely denuclearized peninsula affirmed by a Nuclear Weapons Free Zone (NWFZ).

• Striking conflict off any diplomatic agenda and avoiding an inadvertent stumble into the next war should be prioritised as a matter of urgency. Removing hostile intent, eliminating grounds of mistrust and dealing with security deficits are all critical priorities. This can involve short-term projects of mutual interest with the DPRK (energy, maritime, military fields of cooperation).

• The role of the ROK was accepted as vital in any engagement, even if the exact shape of that role is unclear (taking the lead in the peace process, insisting on its own interests as distinct from its link with Washington).

• Participants urged a greater understanding between the state parties within the Six-Power framework, including the need for managing disagreements between China and the United States. Even as President Donald Trump persists in his aggressive stance, moves towards dialogue centred on Olympic diplomacy are already taking place. The prospect for future engagement, amidst the concern, remains promising.

• Contributors emphasised the need for new frames of thinking and new approaches to policy. From the first session, the note of requiring a fresh view proved strong and recurrent. The revolutionary context of the current Moon Jae-in administration propelled by the candlelight revolution stirred optimism.

Videos of the conference may be viewed here, and on Youtube here and here. 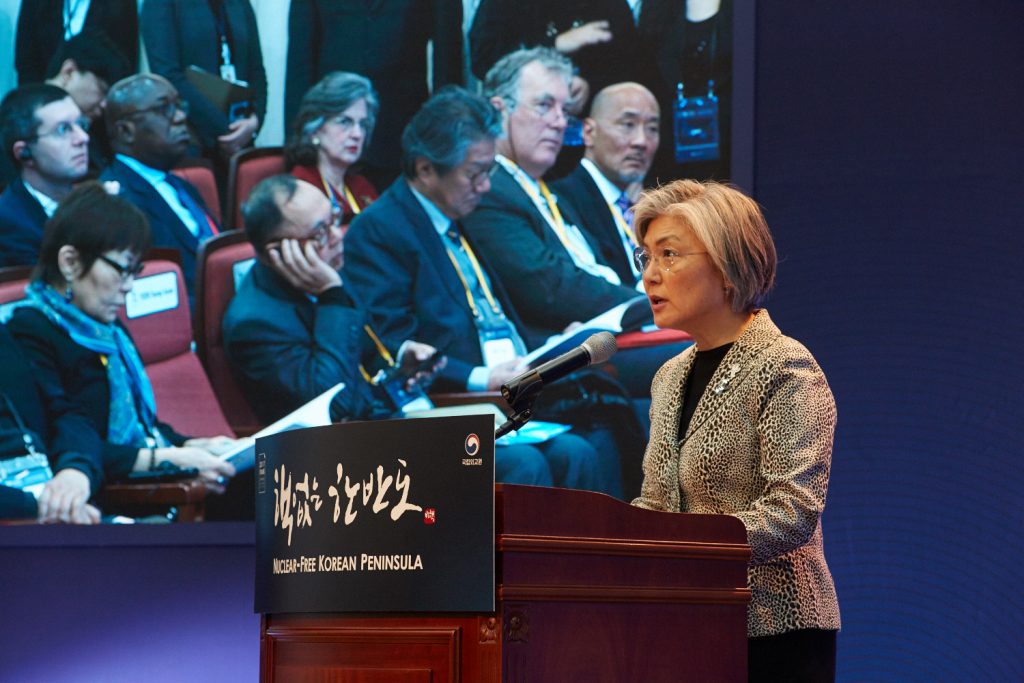 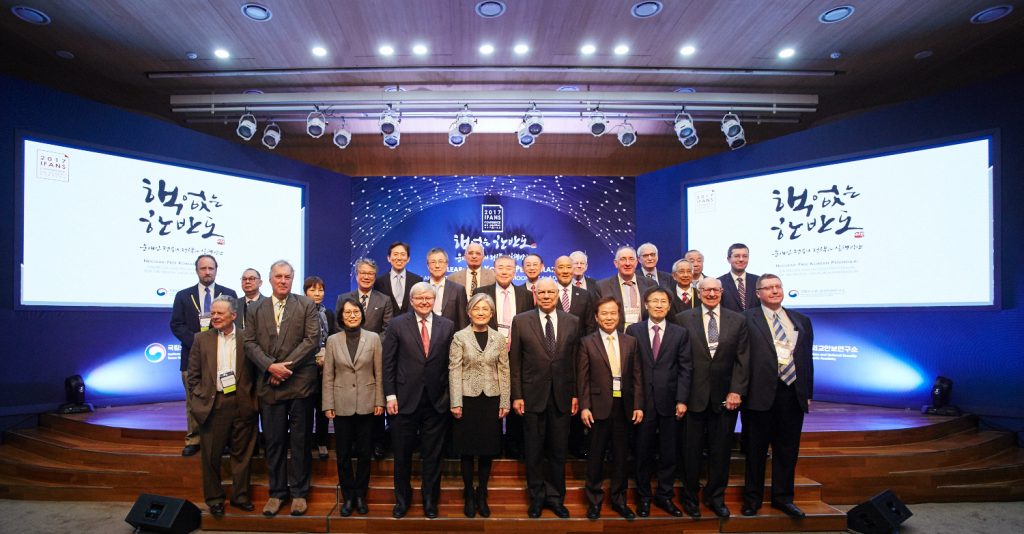 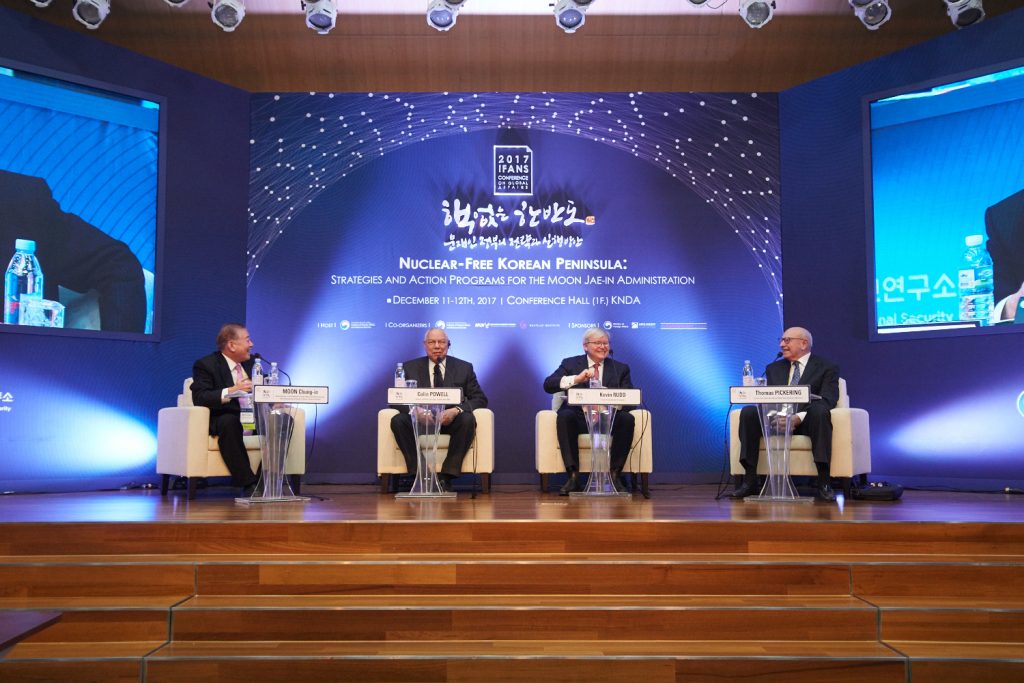 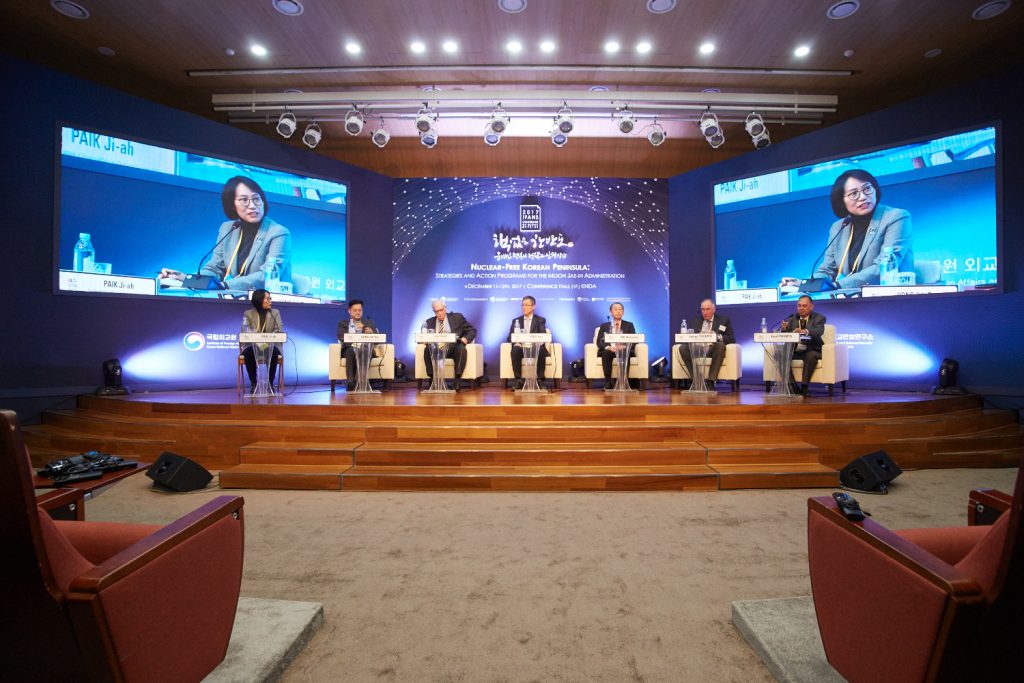 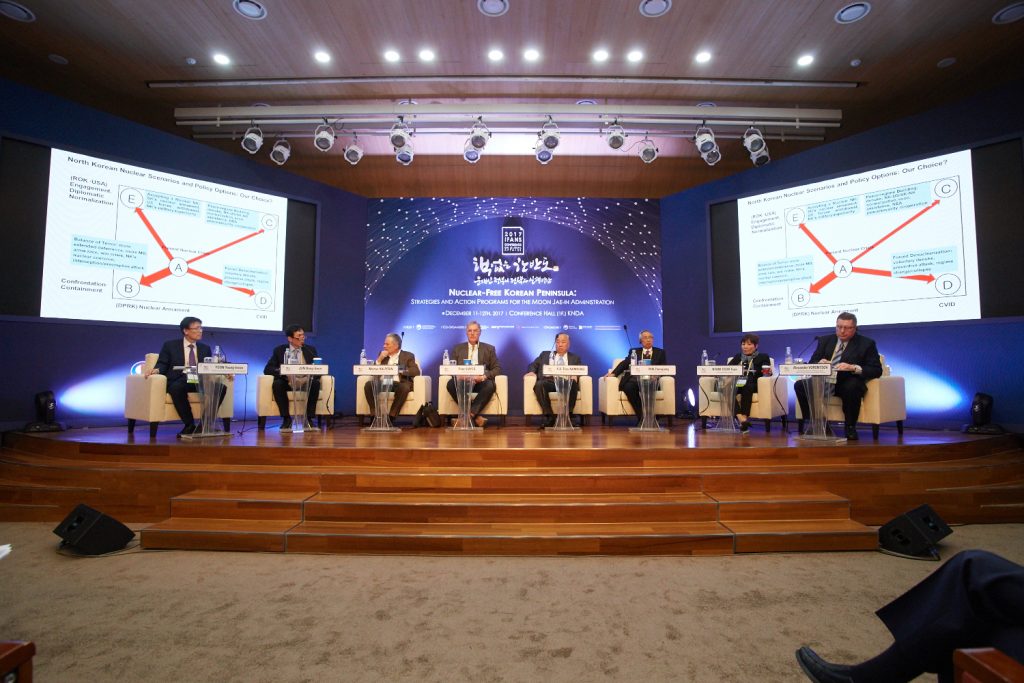