The Lakshman Kadirgamar Institute of International Relations and Strategic Studies (LKI) and the Asia-Pacific Leadership Network for Nuclear Non-Proliferation and Disarmament (APLN) recently concluded a three-day dialogue on nuclear policy and the prospects for nuclear nonproliferation and disarmament, in Colombo.

APLN held the annual Regional Meeting for its members in South Asia and China from 18-20 February 2018, in collaboration with LKI. The Regional Meeting focused on three key areas; namely, (1) the China-India-Pakistan Nuclear Dilemma; (2) the Global Outlook on Strategies for Kickstarting Disarmament and Curbing Proliferation; and (3) Strengthening the Global Non-Proliferation Consensus. The session was launched by Professor Ramesh Thakur of the Australian National University and Co-Convenor of APLN, and by Dr. Hyung T. Hong, Head of the APLN Secretariat, on behalf of Co-convenor Chung-in Moon.

Mr. Jayantha Dhanapala, Mr. H. M. G. S. Palihakkara and Dr. Dinusha Panditaratne of Sri Lanka, together with 12 other APLN members from China and around South Asia – including leading academics, former Foreign Ministers, Foreign Secretaries and military Commanders – participated in the proceedings. Several local experts also participated as external participants, including: Prof. Gamini Keerawella of the Regional Center for Strategic Studies; Prof. Nayani Melegoda of the University of Colombo, and member of the Board of Management at LKI; Dr. Ganeshan Wignaraja of LKI; Anitha Munasinghe of the Sri Lanka Atomic Energy Board; and Vidya Abhayagunawardena of the Landmine & Cluster Munition Monitor.

The third session of the Regional Meeting on “Strengthening the Global Non-Proliferation Consensus” was co-chaired by Mr. John Tilemann, Director of Research for APLN and a former Ambassador of Australia, and Dr. Panditaratne, Executive Director of LKI. Dr. Panditaratne noted the legal requirements for international laws on nuclear non-proliferation disarmament to apply to states, either as treaties or as customary international law. She raised the potential for anti-nuclear norms to apply to states as general principles of international law under Article 38 of the Statute of the International Court of Justice.

In conjunction with the regional meeting, LKI and APLN  also hosted a public lecture featuring Professor Thakur, who spoke on “Nuclear Policy and Prospects for Disarmament in the New World Order.” The lecture was held on Monday, 19 February 2018, and was followed by a panel discussion featuring Ms. Sadia Tasleem, lecturer at the Department of Defence and Strategic Studies, Quaid-i-Azam University;  Dr. Li Bin, Director of the Arms Control Program, Tsinghua University; Mr. Rakesh Sood, India’s former Ambassador to the Conference on Disarmament in Geneva, and Mr. H.M.G.S. Palihakkara, Sri Lanka’s former Foreign Secretary and former Permanent Representative to the UN. The discussion was moderated by Mr. Jayantha Dhanapala, former UN Under-Secretary-General for Disarmament Affairs.

Prof. Nayani Melegoda, Dean of the Faculty of Graduate Studies at the University of Colombo and member of the LKI Board of Management, made the introductory remarks. Prof. Melegoda noted that, as a smaller and non-nuclear state, Sri Lanka should focus on advocating a rules-based order for nuclear non-proliferation and disarmament. She also highlighted aspects of Sri Lanka’s pro-peace initiatives, such as the 1971 Indian Ocean Zone of Peace declaration and involvement in UN peacekeeping.

In his keynote presentation, Prof. Thakur observed that the failure of the Non-Proliferation Treaty (NPT) to push the nuclear disarmament agenda; stating that “in the 50 years of the NPT’s existence, not a single nuclear warhead has been dismantled under [its] authority.” He further noted that it was the failure of the NPT that prompted the ‘Treaty on the Prohibition of Nuclear Weapons,’ commonly known as the ‘Nuclear Ban Treaty.’ Prof. Thakur also noted the grave risks of nuclear weapons, and dispelled assumptions that underlie security-based arguments to retain nuclear arsenals.

In the panel discussion, Mr. Rakesh Sood noted that, despite the steady decline of global nuclear weapons stockpiles, the risks associated with nuclear weapons have only increased. Ms. Sadia Tasleem also commented on the unfavourable trends emerging from current nuclear weapons states. Speaking on China’s stance on nuclear policy, Dr. Li Bin explained China’s no-first-use policy, and indicated that Chinese policymakers should take a cautious approach when reacting to the new US nuclear doctrine under President Trump. Meanwhile, Mr. H. M. G. S. Palihakkara underscored the value of the Nuclear Ban Treaty as a potential normsetter, while highlighting the absence of nuclear weapons states from the Treaty as its major weakness.

The high-profile event drew a diverse group of participants, including policymakers, scholars from universities and think tanks, media personnel, representatives from the private sector and civil society, and students. 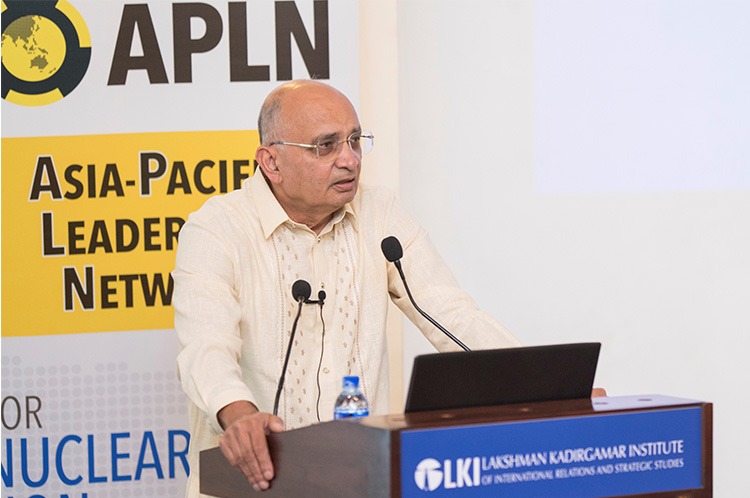 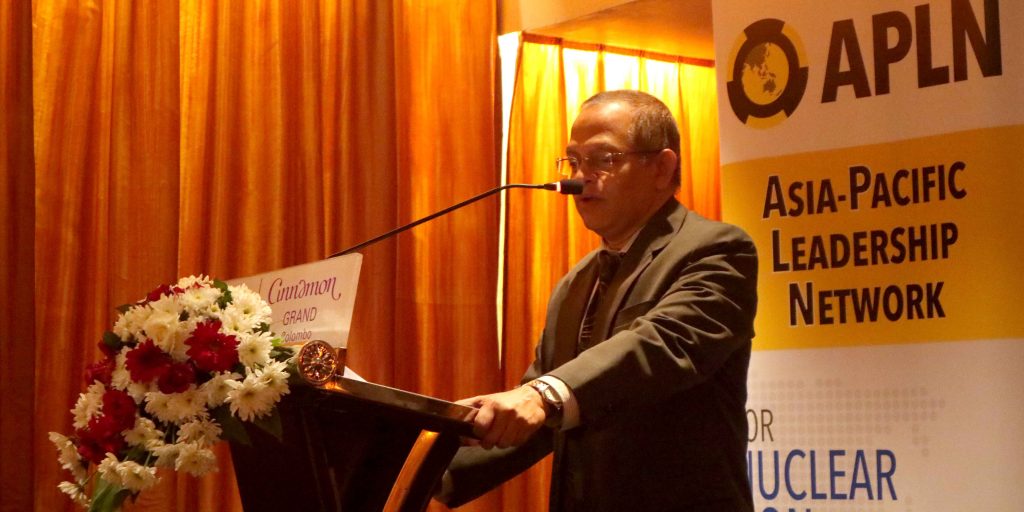 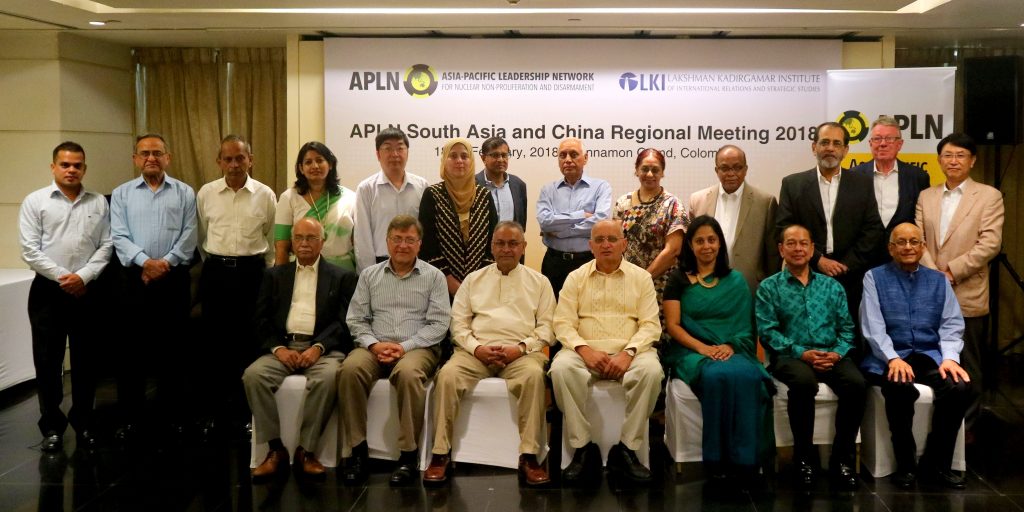 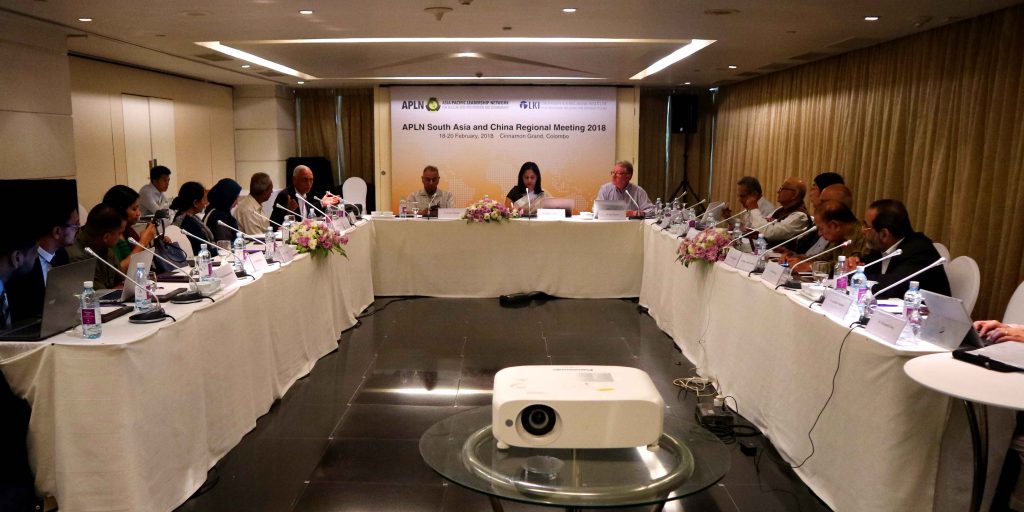 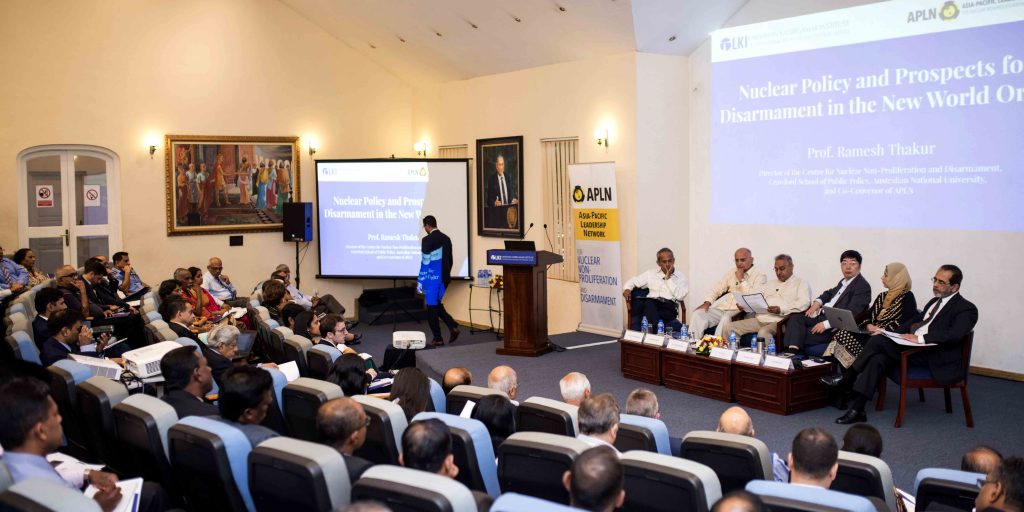