The 7th annual meeting of the Asia–Pacific Leadership Network for Nuclear Non-Proliferation and Disarmament convened in Jeju, ROK, 30-31 May 2017 against the backdrop of looming nuclear threats, heightened levels of regional uncertainty, and the publication of a draft text of a UN convention to prohibit the acquisition, manufacture, possession, testing, use and transfer of nuclear weapons. The meeting was held back-to-back with the 12th Jeju Forum for Peace and Prosperity. APLN members contributed five panel discussions on nuclear themes to the Forum, and participated in several others – testimony to the expertise and standing of the APLN membership.

The APLN meeting allowed members to review the global and regional developments relating to the prevention of nuclear weapon proliferation, measures to contain and eliminate nuclear weapons, and developments impacting the peaceful uses of nuclear energy with a focus on Asia-Pacific. However, the meeting found the outlook increasingly bleak. Participants observed with profound disappointment that there had been no progress in achieving new agreements to reduce the arsenals of the two largest nuclear powers, Russia and the United States and noted that their bilateral relations showed no short-term sign of improving. Rather, the opposite: nuclear swagger had re-emerged after decades of an understanding that such behaviour is dangerous and unacceptable. At the same time, other states, all in our region, continue to expand their arsenals. And across the board there was ongoing modernization and refinement of nuclear weapon systems.

The meeting considered that the heightened anxiety resulting from regional and international developments presented both challenges and opportunities, not least for managing and eliminating nuclear threats in Northeast Asia. The Co-Convenors strongly urged the DPRK to desist from further provocative nuclear and missile tests to allow a reopening of regional dialogue. The meeting considered that negotiations are the only way to resolve the nuclear crisis on the Korean peninsula – and that preventive military strikes would not be an answer.  While sanctions had their utility, in themselves they would not be enough. The immediate objective must be a freeze on all nuclear and missile tests and programs.

The APLN welcomed the promise of ROK President Moon Jae-in to take “bold” and “fundamental” measures to achieve denuclearization. The APLN is committed to working with others to keep open privately sponsored channels for dialogue, and offers expertise that might address the complex transparency and verification issues that denuclearization will entail.

The meeting also reviewed progress in the negotiation of the draft Nuclear Weapon Ban Treaty and identified areas where the text should be improved. Members urged all countries to participate actively in this endeavour. The Co-Convenors also called on all countries to uphold and strengthen the existing legal constraints centred on the Nuclear Non-Proliferation Treaty and the Comprehensive Nuclear-Test-Ban Treaty. The meeting expressed the conviction that the P-5, and especially the US and Russia, must demonstrate global leadership by further deep cuts in their nuclear stockpiles.

The meeting also called for the development and adoption of confidence building arms control measures and strengthened security governance amongst regional nuclear actors, noting the unique complexity of strategic nuclear relations in Asia–Pacific. The meeting also underlined the importance of greater regional attention to nuclear security.

The meeting was also an opportunity to review how the growing APLN membership might promote our mandate with national authorities, and regionally; and options for even wider collaboration with like-minded national and regional partners in policy development, outreach and advocacy. 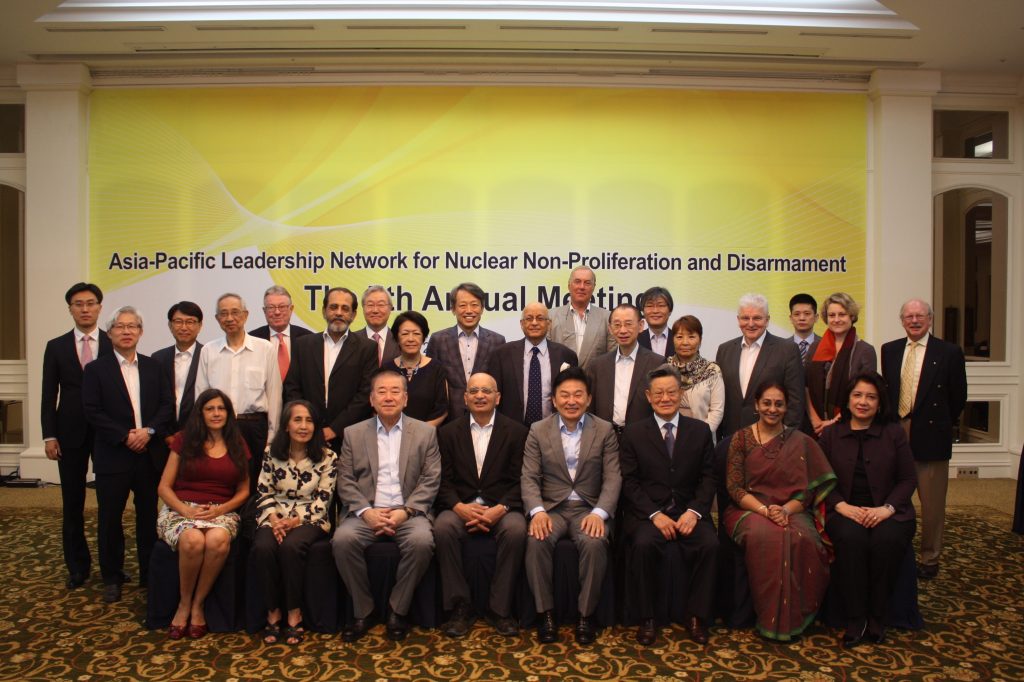